I was recently in Chicago over a long weekend for work and managed to try a few of the breweries while I was there, and I was NOT disappointed. I didn’t have much time to travel around, so I did not make it to Lagunitas which is a bit further away, but there is an area west of downtown (between West Town and Near West Side) that is beer lovers heaven with 4-5 breweries within a couple minutes’ walk of each other. One was closed the day I went, and it turns out the other is just a distribution center, but the three I checked out were Goose Island Beer Company, On Tour Brewing Co, and Great Central Brewing Co. Oh, and bonus points for each – they have outlets at the bar so you can charge up! Keep reading for more info.

Goose Island Beer Company (1800 W Fulton Street)
Tours can be booked for $12 for an hour tour, otherwise I’d recommend just popping by for a pint or a flight in the taproom. The space is open, but due to the beer’s national popularity, its pretty packed, so be ready for that. For single beers, they offer multiple sizes, and there were 10-15 beers to choose from. They also offer a few preset flights, or you can make your own (the price will be the price of the smallest size of each added together). I made a flight of the 2 available IPAs and 2 of the research pale ales, which came to $14. The two research pale ales were awesome – very hoppy – and because they’re research beers, they’re currently only available in the taproom, which is pretty cool. Talk to the bartenders and let them know what kinds of beers you like – I got recommendations from 3 different bartenders, and not one disappointed! Food was limited to a cheese plate and a meat plate, so if you’re hungry, check out the next spot below. More info, including taproom hours, can be found on their website here. 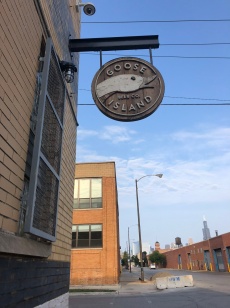 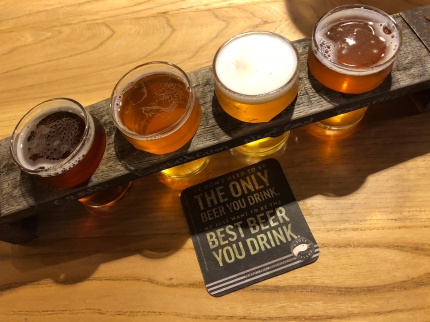 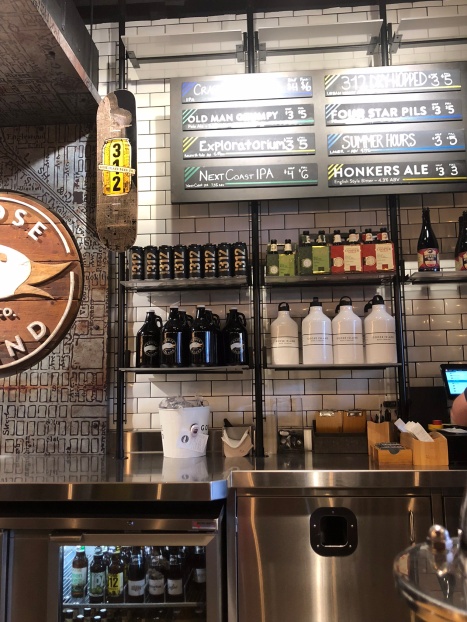 On Tour Brewing Company (1725 W Hubbard St)
On Tour is located about a 1-2 minutes walk north of Goose Island Beer Company, so it’s easy to check out both in one visit to the area. The space is really cool – it’s wide open, with the brewery on a slightly elevated floor just back from the bar, so you can see it throughout the taproom. There’s live music, as well! They don’t specifically offer flights, but you can get tasting sizes of beer and make your own flight, which is exactly what I did. As an IPA fan, I was in heaven here. I ordered four different IPAs, with two of them being the same beer, but the regular and nitro versions, so I could do a side by side. I LOVE nitro IPAs, and most places don’t offer them, so I always give extra favor to places that do. Basically, if you’re in the area, check this place out. The bartenders were super helpful and friendly, the beers were amazing, and the live music was awesome! They also have a great food menu, which a lot of breweries don’t, so if you’re hungry, make this your first stop. More info can be found here. 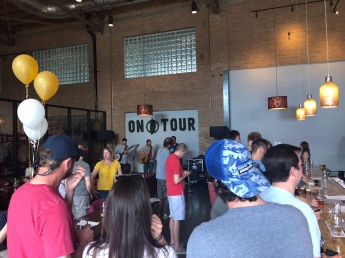 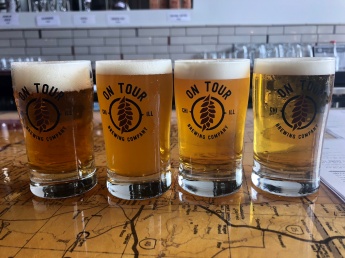 Great Central Brewing Company (221 N Wood St)
Great Central was my final stop on the tour. I had wanted to check out Finch Beer and Co, about 2 blocks south of Goose Island, but it turns out it’s just a warehouse/distribution center, not an actual taproom. But I lucked out, because across the street was Grand Central. It’s relatively new, so not as popular as Goose Island and On Tour, but the vibe was great – it’s the biggest of all three taprooms I went to, with tons of games (Foosball, shuffleboard, pool, board games) and seating. The beer menu also had a ton of variety, though they were out of all but one IPA the day I was there. I was tight on timing, so I opted for a pint versus a flight, but the bartender was really knowledgeable. If you only have time for one or two places, I’d recommend Goose Island or On Tour, but if you want to check out as many places as possible, stop by Great Central for a pint or two. They have plans to expand for outdoor seating as well, so that’s definitely a perk. More info here. 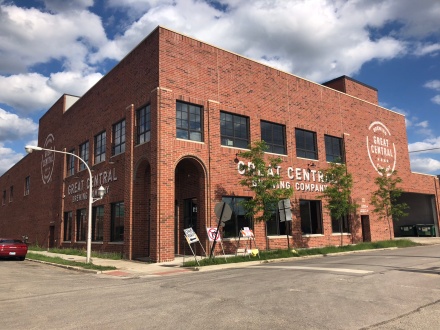 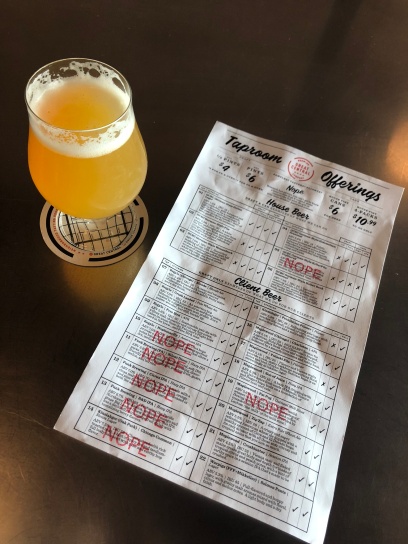 Do you have a different favorite brewery in Chicago? If so, let me know so I can check it out the next time I’m there!